The Eastern States Exposition runs for 17 days every September, and it's a big, raucus event. I could file a blog post about it every day (if I went every day - as it is, I head over there at least a couple days a week during the run.) After the first couple of times, I'm no longer visiting the usual attractions, I'm noticing things.

One of the unsung benefits of attending a state fair really early in the morning is that you get to experience perfectly spotless unused Port-A-Potties. Seriously, check out that sparkling toilethole there. This is the first time in my half a century on earth that I've looked down the hatch and seen nothing but pristine blue poopeater. I got goosebumps. Or maybe piss shivers, it's hard to tell the difference sometimes. 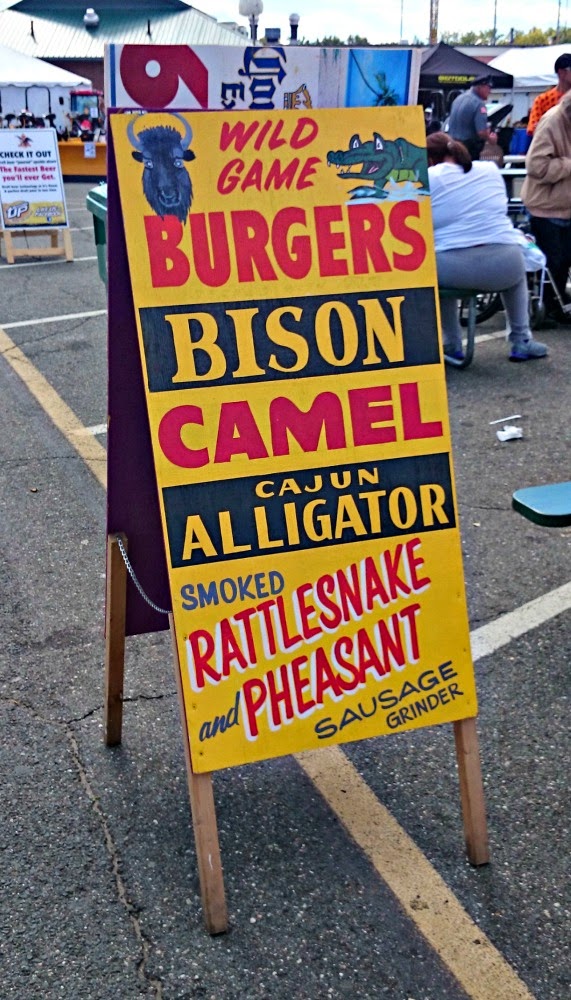 A couple of years ago, I reviewed the overcooked nastyburgers found at Yankee Boy. They're still there, behind the Better Living Center by Gate 9. Apparently kangaroo is off the menu, but now you can enjoy a camel burger if you are so inclined. I know better than to order anything here.

Here's a peek right by Yankee Boy's corrugate compactor. Apparently, they're sourcing their burgers locally from Arnold's Meats, a wholesale/retail supplier. I often buy from Arnold's, and I trust their quality. They're one of the few places around here that still grinds their own burger meat instead of bringing in chubs of industrial mince.

So the culinary horror show at Yankee Boy most likely originates at the grill. 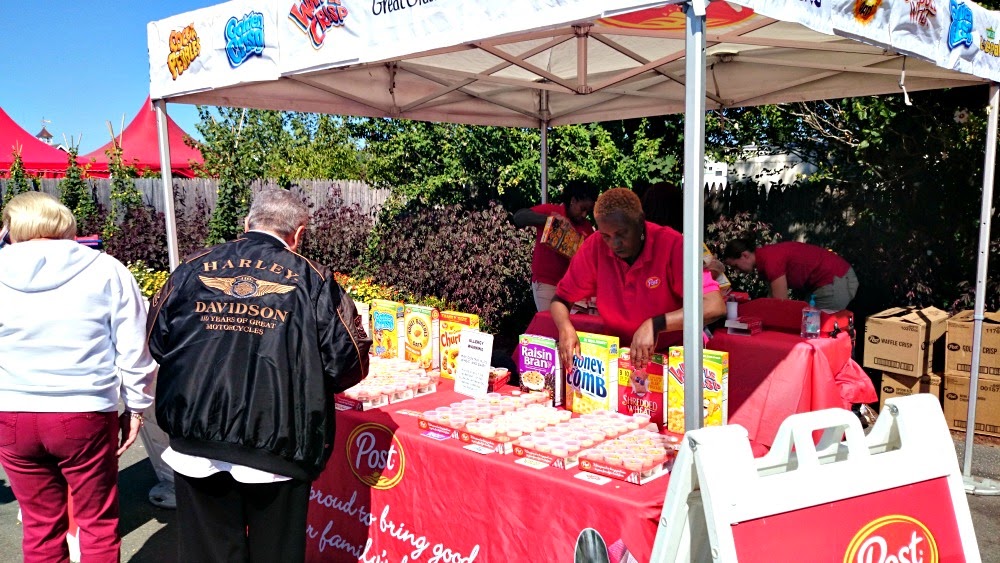 One day, just inside Gate 9A, Post Foods set up a Cereal Tent! They were giving away samples of many of their cereals along with dollar-off coupons for use at the grocery store. I tried some old favorites like Honey Combs (they still taste like honey, but the cereal bits themselves are a lot smaller than I remember) and some new ones, like Mini Cinnamon Churros (deliciously similar to the competitor's Cinnamon Toast Crunch.) The tent was drawing a steady stream of curious customers, most of whom were old farts like me - not really the target market for stuff like Fruity Pebbles, Alpha-Bits, and Waffle Crisp. 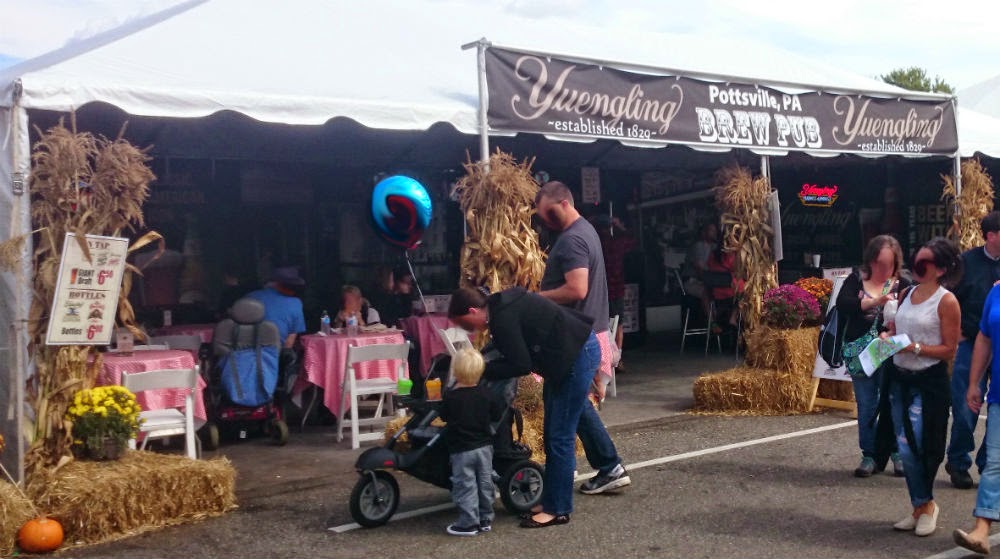 Yuengling Beer, which has recently been returning to the New England market, has really become a presence at the E this year. Near Gate 9A on New England Avenue, Yuengling is running a "brew pub" tent featuring several of their beers on tap. While not boomingly crowded, the tent draws a fair number of people. 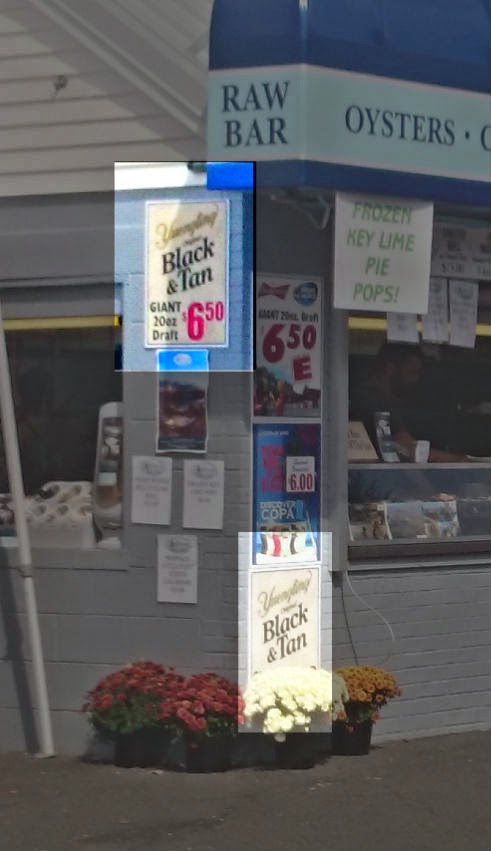 And they've turned up in a number of other food service areas as well, even in places I hardly would have expected. Like here, at the Matunuck Oyster Bar, the featured beer is Yuengling. I would have expected them to be carrying Narragansett, which is made right in their Rhode Island back yard. 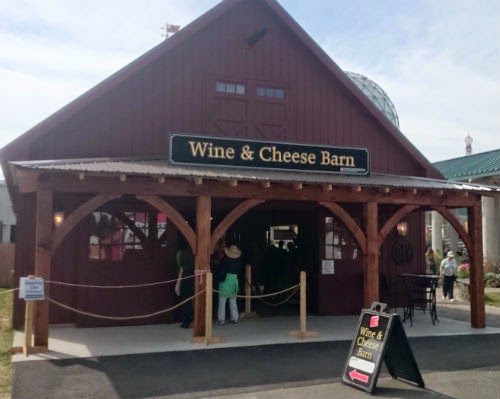 Another very popular feature is the new Wine & Cheese Barn. you'll need an ID to get in, seein' as there's alcohol and stuff. There's also a long line to get in. Looking at my photo there, you'd probably think that there are only a couple of people ahead of you... 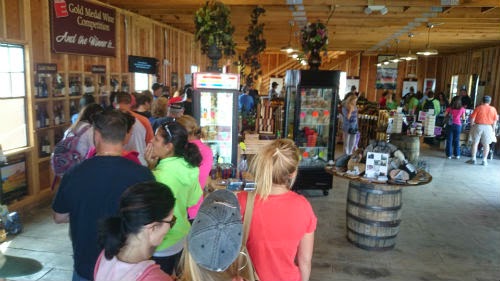 ...but alas, the actual tasting area is all the way at the back of this mostly-empty building. Bring your 3DS to kill some time while you wait in line. I moved about three feet in half an hour before I decided that I could go to the liquor store and buy full bottles of wine for the price of my time at prevailing labor rates.


The Coliseum is the central building of the Eastern States Exposition; events here were originally the main attraction of the fair in the early part of the 20th century and the other buildings and events gradually grew up around it. 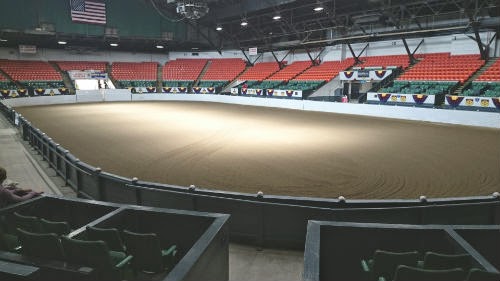 My favorite events there when I was a kid, though, was the roller derby. Forty years later, I can still remember how much fun that was. 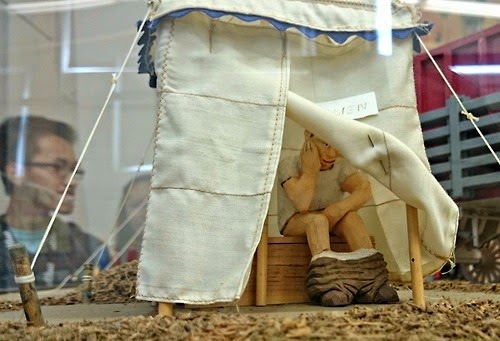 At the far western side of the fairgrounds, near the New Hampshire building, is a large brick structure called the Hamden County Building. It houses a sort of circus museum - a large number of intricately detailed little dioramas depicting traveling show life through the mid-twentieth century. My favorite part of the exhibit is the outhouse tent - catch it at just the right angle and you can see a little guy inside taking a dump.