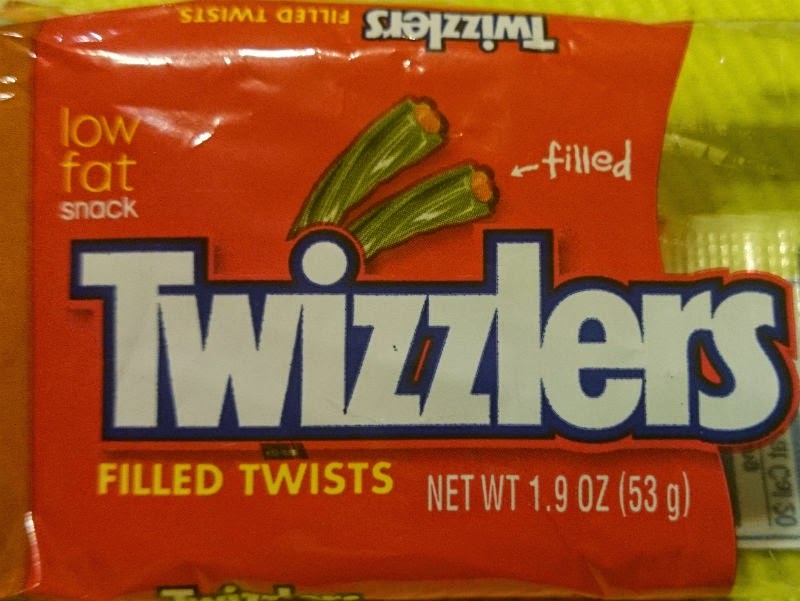 Candied nastiness has taken a new form and is now available as Caramel Apple flavored Filled Twizzlers, a confectionery abomination that Lynnafred came home with a few days ago.

She's long been a big fan of Twizzlers, so she was kind of excited when she presented them. "Check it out! A new kind of Twizzlers! And look, they have skin inside!" (referring to the human-flesh-colored stuff which was supposed to represent the "caramel.") Okay, so "excited" might be the wrong word.

There were four pieces in the package, one for each of us, and we all helped ourselves to one and took tentative bites.

This is, we unanimously decided, not the candy to choose if you are looking for the flavor of caramel apple. 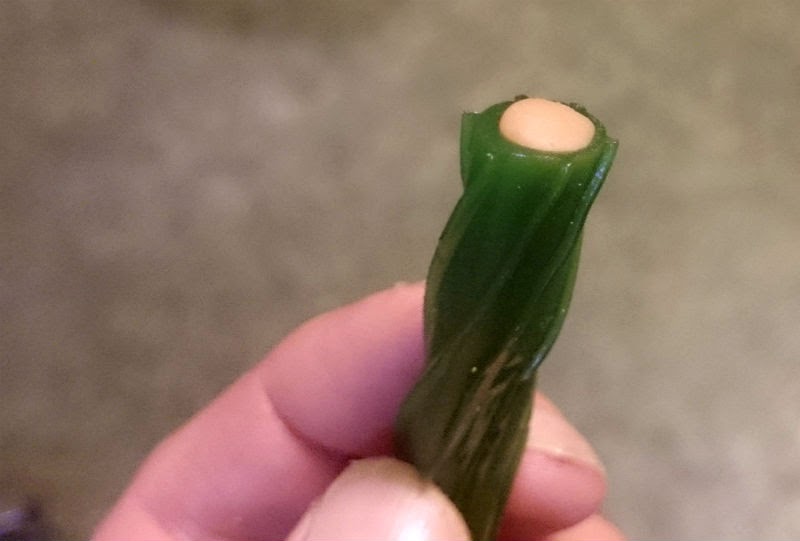 The Twizzler part - that is, the surrounding green twisty bit - is fine as far as it goes. If you're a fan of "red licorice" you know what to expect from it, only it will be green instead of red and have a vaguely apple-ish flavor that bears little resemblance to actual apples.

But the filling is astonishing in its utter worthlessness. How hard could it have been to put something more like actual caramel inside? Caramel is cheap and common, and the technology needed to fill Twizzlers has already, obviously, been perfected. But no, Twizzlers had to go with some kind of sweetened plasticine psuedofood with a flavor eerily similar to caramel and an aftertaste strongly similar to Play-Doh.

Twizzlers should change their label for this candy. I suggest this: 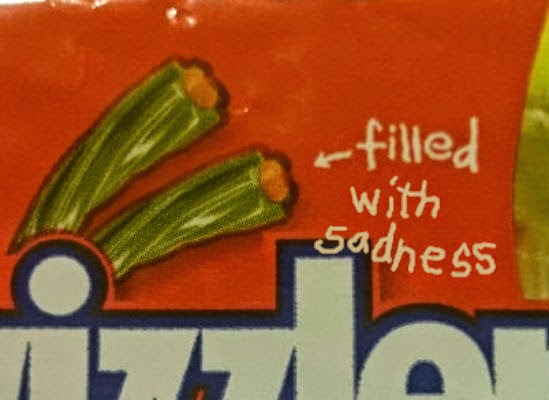