Just about everyone in central New England is familiar with Hebert Candies. The company got it's start in 1917 when Frederick Hebert cooked up his first batch of caramel. In 1946, the company moved to a big Tudor mansion on Route 20 in Shrewsbury Massachusetts where they've been ever since. Hebert's candies are outstanding, and their chocolate is really quite excellent - velvety smooth as it melts in your mouth.

Once upon a time, the only way to wrap a lip around a Hebert's confection was to travel to Shrewsbury, but these days they distribute their sweets over a much larger range. For the most part, this increased production and distribution has done nothing negative to the quality of their products - the chocolate is always great.

Recently we found four varieties of filled chocolate bars produced by Hebert at the local Ocean State Job Lot store. How could we resist their delicious allure? 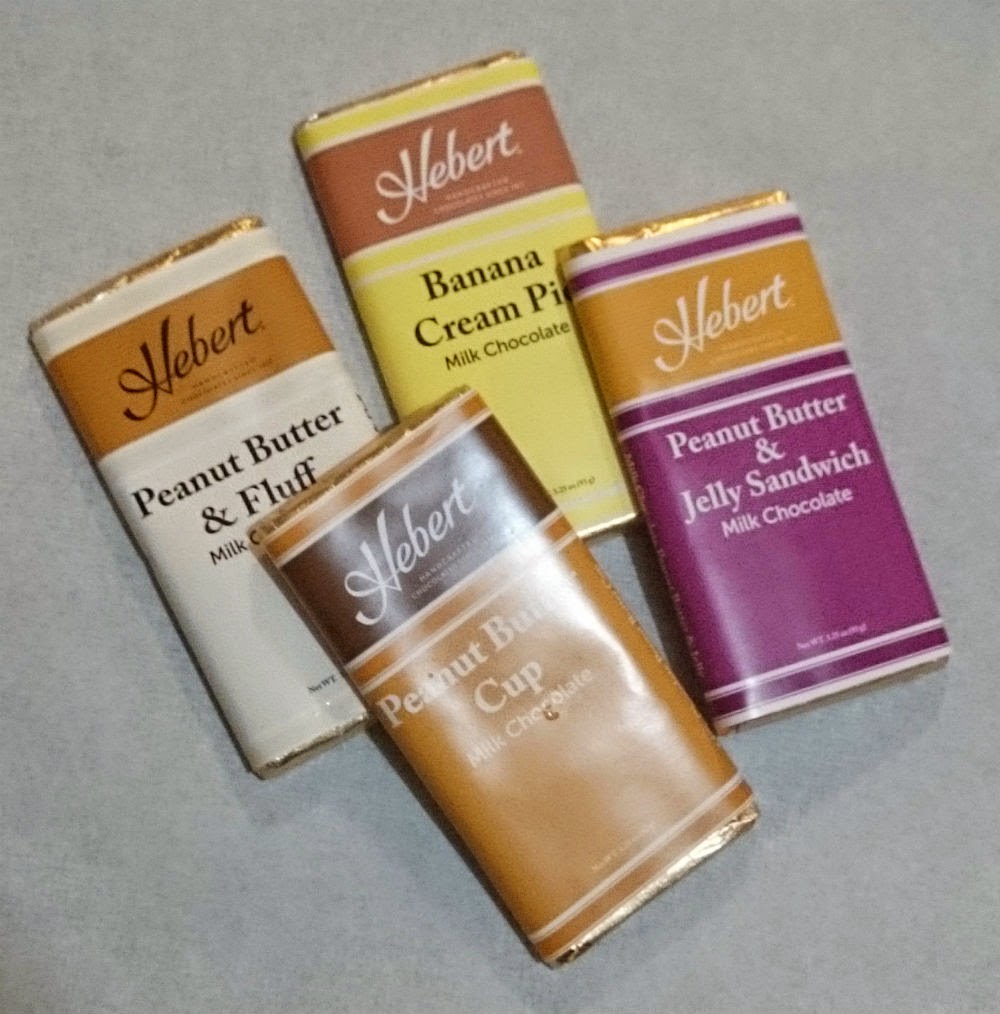 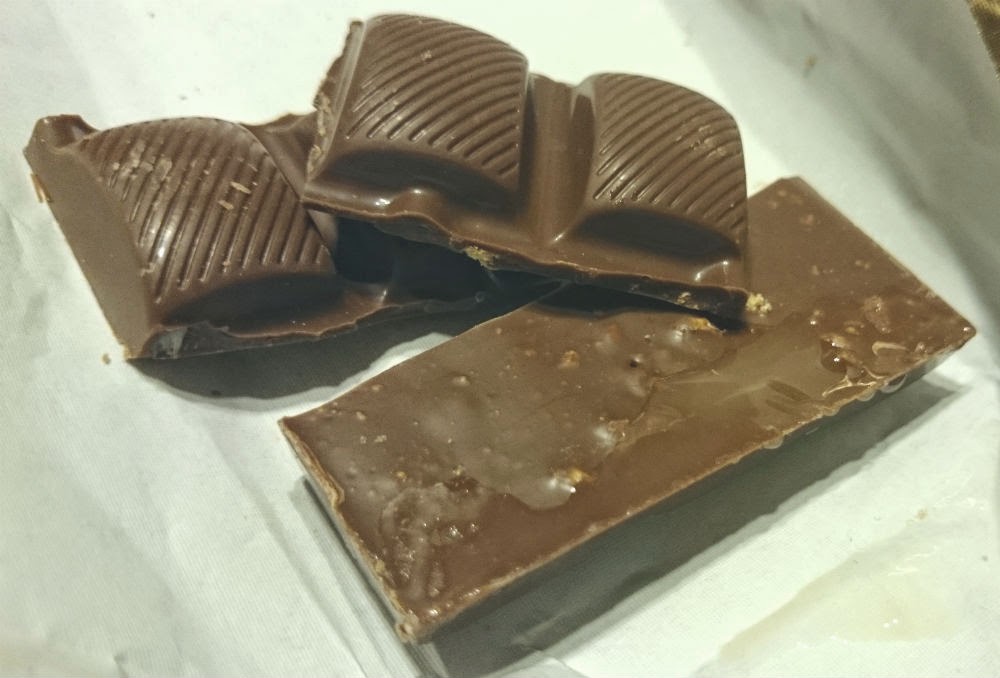 First up:  Banana Cream Pie. An interesting simulation of pie, with banana ganache filling over a graham cracker-studded base. Our tasters were unanimous that the banana flavor was entirely overpowering, even knocking out the rich chocolate. The graham cracker crunch was really nice, though. 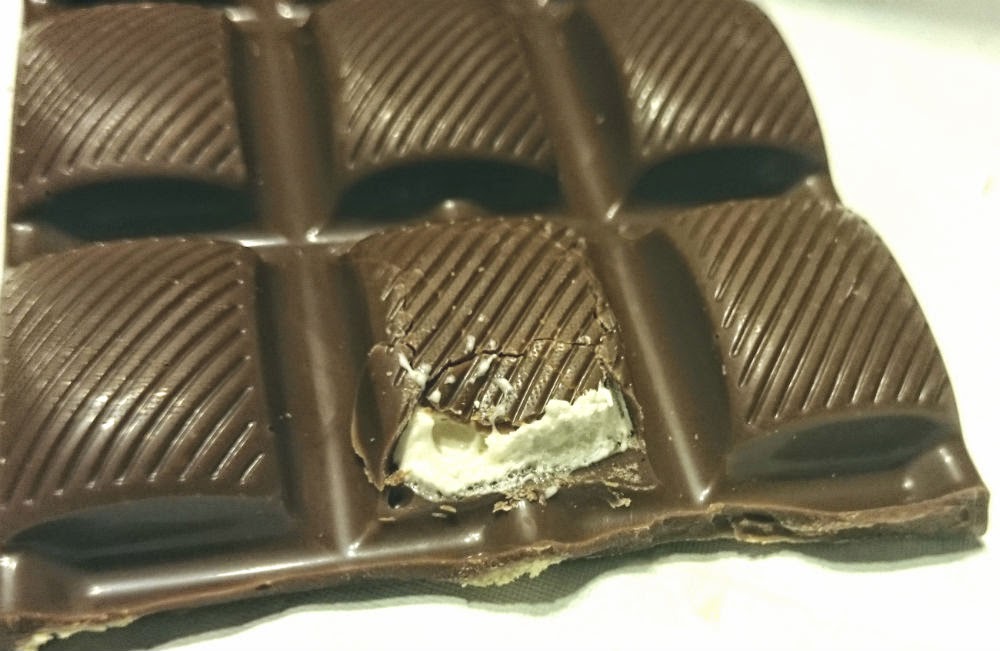 Next, Peanut Butter and Fluff. Fluff is a type of marshmallow creme made in Lynn, Massachusetts, and sold virtually everywhere in New England, but is almost unknown anywhere else in the country. That's a shame, because it's not at all like the standard marshmallow cremes available anywhere else - it's airier, and...well...fluffier.

Hebert's confection doesn't quite pull off the peanut-butter-and-Fluff thing. The marshmallow flavor gets totally lost between the milk chocolate and the peanut butter. Perhaps if the marshmallow layer was
thinner, or if there was more marshmallow above the peanut butter layer? Also, I'm wondering whether that was really Fluff™ in those little pockets and not just some kind of marshmallow thing that Hebert is calling "Fluff" in a generic sense. (Given that this bar no longer appears on the Hebert website, I would guess that it was the latter. Fluff™ is, after all, a trademark.) Either way, this bar was rather underwhelming. 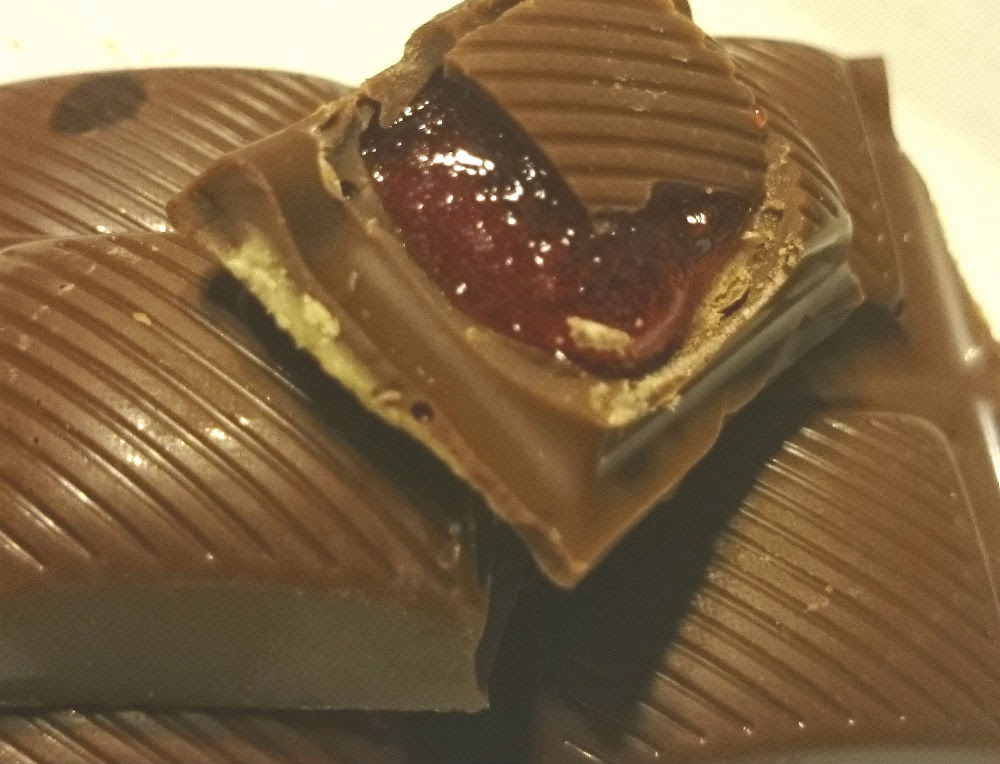 Peanut Butter and Jelly was a better combo; the jelly was a little bit of an overkill in the sweetness department, but the flavor was discernible along with the peanut butter and the chocolate, and I thought the flavors were pretty well balanced. 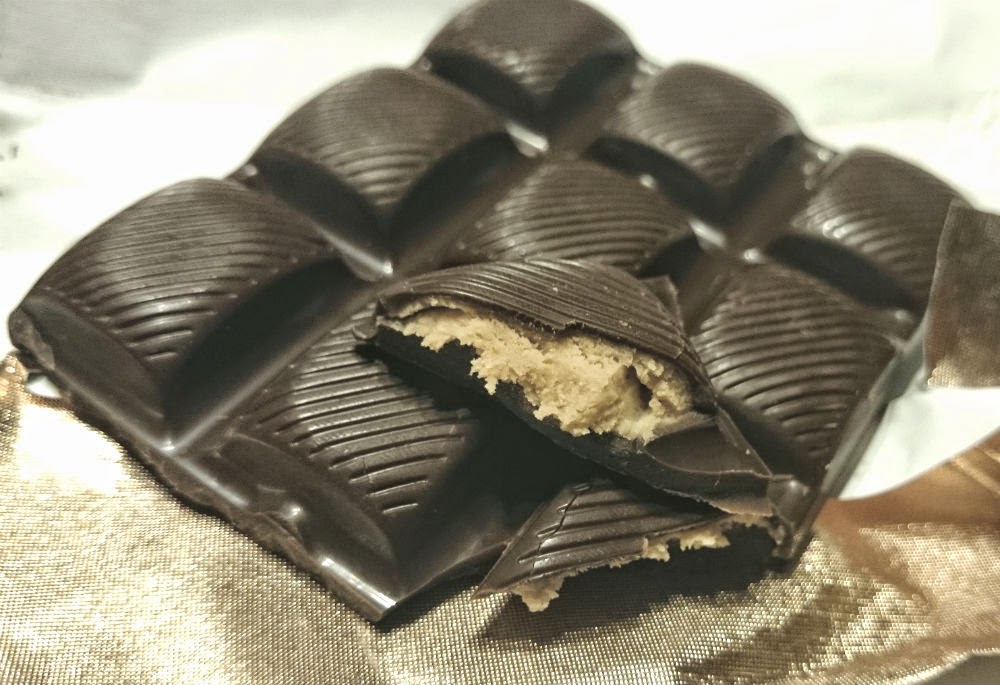 The unanimous favorite among the taster was Peanut Butter Cup, perhaps not surprising considering its classic and familiar combination. The peanut butter flavor was, like in the PB&J bar, just right and well-balanced with the chocolate. And the chocolate used for this bar was noticeably darker than with the others (although the label did say "Milk Chocolate" like the others.)

Email ThisBlogThis!Share to TwitterShare to FacebookShare to Pinterest
Labels: chocolate

Drove by Hebert's Candies many a time on the 495. Stopped in once, looked around, and left. I rarely saw cars in the lot, and honestly, I wasn't impressed by what I saw. Guessin lots of folks do, since they sell the candy from a mansion.