Help Me Identify This Edible Root 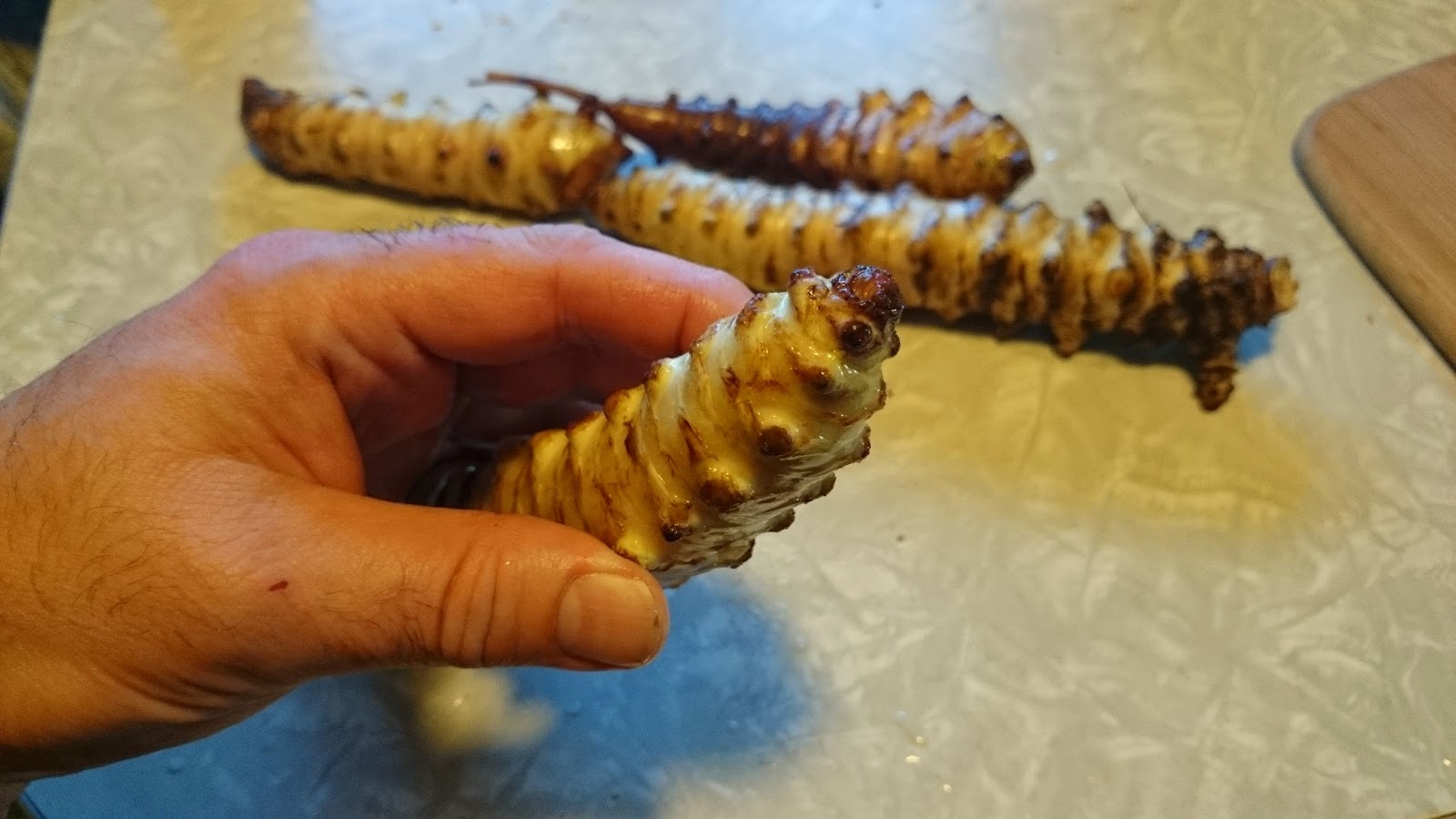 I bought these roots at Price Chopper the other day. They were right next to the parsnips, and no one in the produce department could tell me what they were (and the cashier rang them up as "parsnips" so she was just as clueless as everyone else.). I bought them because they're so cool-looking - kind of square in cross-section, with little root nubbins along the "corners" which give it a distinctively grub-like look.

I haven't done anything with them as of yet, because...well, because I'm not sure what to do. I did take a slice off on one to taste it. It has a wet, refreshingly crispy texture very similar to a water chestnut, but without the water-chestnut bitterness. The flavor was pretty neutral, but with a gentle nutty undertone.

So...WHAT ARE THEY?  Help a brother out here - I think they might be jerusalem artichokes or sunchokes, but I'm not familiar enough with them to tell for sure.  If you have any ideas, put 'em in the comments.
Posted by Dave at 10:43

Looks like giant Jerusalem artichokes, which, when I've had them, are only a couple inches long tops. The hated Wiki says that the typical example is 2-3.9" long, which would be the range of yours.

My best guess would be "an old crosne."

By the way, I've never found them worth the price, no matter how low that is.

Looks like turmeric, but those have a strong flavor.

Could be sunchokes or Jerusalem artichokes, though most I've seen look more lumpy like ginger root.

Cybele, I thought they might have been turmeric too - the shape is right - but the color is wrong too - they're snow white inside.

A little too large to be an insect larvae, at least in New England.

Jerusalem chokes don't have a lot of flavor - pretty bland in fact, and they give you gas when eaten.

If you got these rhizomes at an Asian grocery, you might have Curcuma Zedoaria, which is also called white turmeric.

Dear Dave,
Those are alien invaders in the larval phase. Destroy them immediately.