The Big E - The Eastern States Exposition - is a six-state state fair where all of New England is represented. It runs for seventeen days in September of every year, and I always try to spend some time there. Tickets are $15 for a single day entry, but for $40 you can get a pass that's good for the full run of the fair so that's what I usually do. I spend enough time there petting sheep, talking to goats, and watching cattle judging that the pass easily pays for itself.

I try to get there early - before 9:00 AM. Most of the exhibit buildings don't open until 10, so there aren't too many people wandering around first thing in the morning. Employees and vendors, mostly. The grounds aren't crowded, but they are bustling. Vendors and hucksters are tidying up their kiosks and trucks roll though with deliveries. Everyone wants to get their supplies laid in before 9:30 when vehicles are banished from the fairgrounds for the day, because anything that needs to be brought in after that has to be rolled in by hand.

I like hanging around the fairgrounds early, because I like to see how things work. There are usually a couple of boom trucks travelling around replacing light bulbs on vendor's marquee signs and crews are coming through toting supplies, making sure trash and recycling containers are set, and making other last-minute preparations. 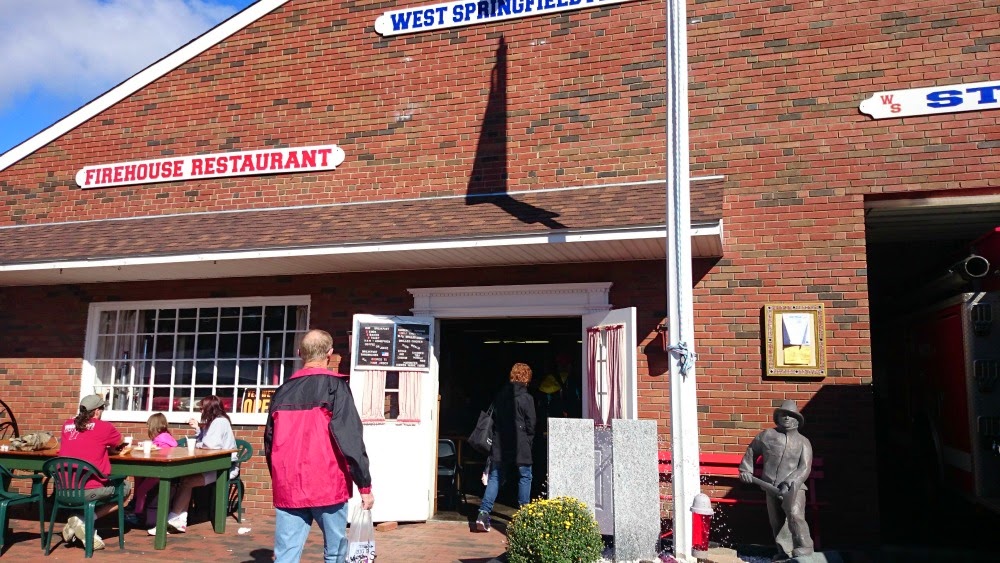 One of the first places to open up is the West Springfield Fire House restaurant on the northwest side of the grounds between Gate 2 and Gate 4. They serve one of the best breakfasts at or away from the fair - two eggs any style, toast, home fries, bacon AND ham, with coffee, for just eight dollars. (Breakfast sandwiches are also available.) You pick up your food and pay cafeteria-style, and there are plenty of seats in the dining area (a lot of the seating is at big round tables where everyone grabs a seat family-style.) The breakfasts are generous, and I always make it my first stop. It's a lot easier to resist the lure of deep-fried state fair junkfood when there's a decent meal under your belt. 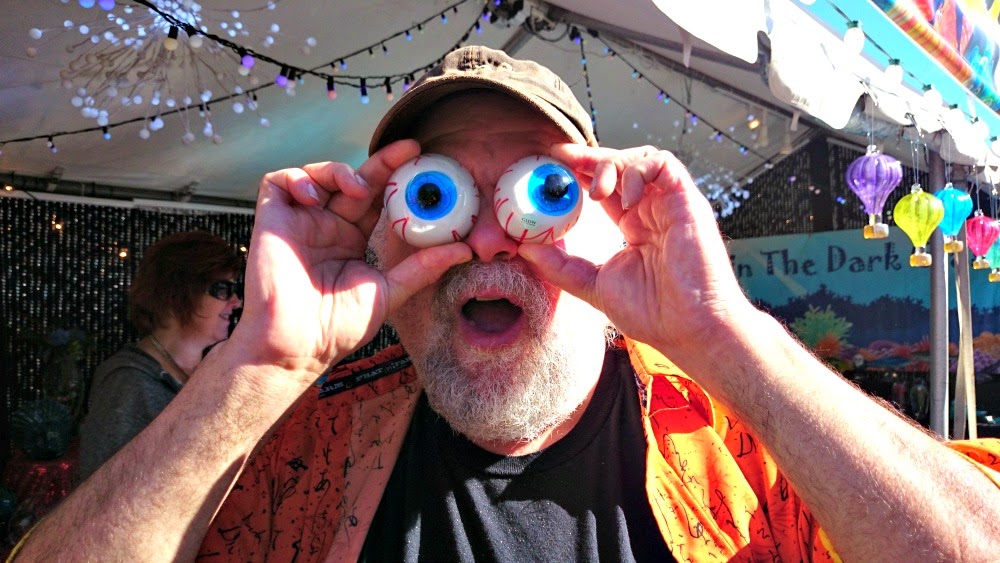 Next to open after the restaurants are the vendors. Many of them are happy to serve customers even while they're getting set up for the day, and by 9:30 or so they're already making sales. I found one cool place selling handcrafted glass spheres in various designs - including huge eyeballs.

Each of the New England states has a building dedicated just to them. Those buildings, highlighting the agriculture and selected industries of each state, open at 10. On our first visit of the year, we usually go to the state buildings right after they open, before the crowds start to pour in. We also make it a point to visit the agricultural exhibits in the morning.

By 1:30 or 2 in the afternoon, the fairgrounds are packed and the experience gets somewhat less fun. That's about the time we head for the car, leaving the crowd behind. It's nice to know that we can come back again when the "rush" is over since we have the passes.