I'm spending some quality time at the Eastern States Exposition over the next couple of weeks, so prepare for a bunch of "state fair" types of posts. Everybody writes about the bizarre deep-fried junk food at state fairs (even me) so I'm taking a different tack this time around and telling you about other cool stuff there is to do and eat at the E. This series starts off at the Maine Building. 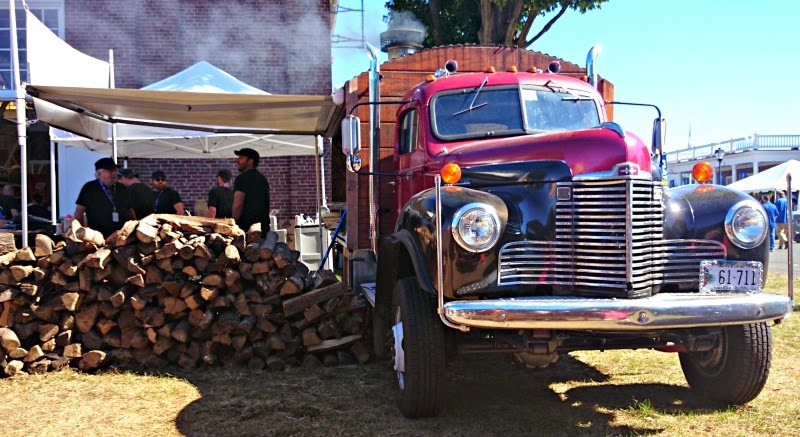 Let's start off with one of the most bad-ass food trucks I've ever seen.  It's parked behind the Maine building and it's owned and operated by Pizza Pie On The Fly from Portland. It is a genuine Italian-made wood-fired pizza oven on the back of restored 1949 International KB-6. I dearly love both wood-fired ovens and old trucks, so eating pizza and chatting with the crew before the lunch crowd rush was the highlight of my morning. 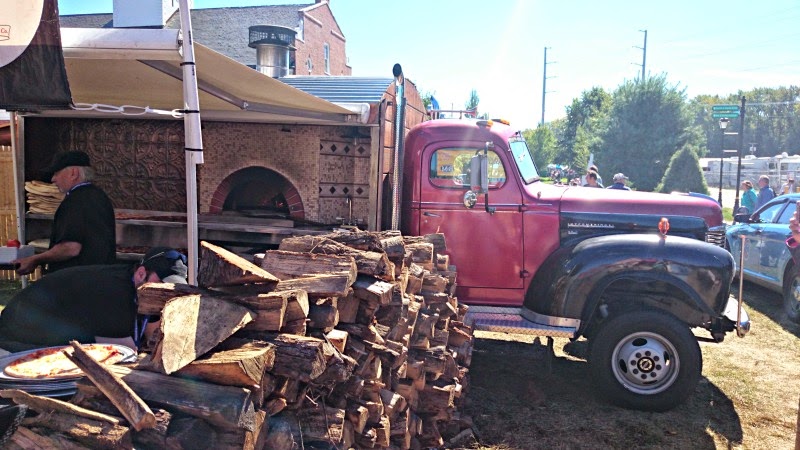 But I know you're more interested in the pizza than you are in the truck. Over the course of a couple of days, I tried a slice each of plain cheese, pepperoni, and margherita.

Once upon a time, I used to say that it was impossible to find a decent pizza in Maine. But if Ryan Carey's Pizza Pie On The Fly represents pizza in southern Maine, I might have to take that back.

All of the pizzas are decent, thin-crust New York-style pies - that is to say, they have a thin and tender but chewy inner crust and should be folded as you take your first bites. The portions are generous: about a quarter of a 16-inch pie. The cheese and pepperoni pies were very good and typical of their kind, but the margherita was really great. Since excellent field-grown tomatoes are still in season right now, I would have been disappointed if the tomatoes were lousy, but they weren't. They were fresh and plump and tasted like they had been picked that morning. Combined with the delicious fresh basil and gently melted cheese, it made for a great breakfast.

Pro tip if you try them out: Go at a busier time when the pizzas are really cranking out of the blazing-hot oven. Air temps at the fair have only been in the low 70s, and pizza cools quickly under an awning. If it's not busy, though, you might ask the guys to slide your slice back into the oven for a minute or two to warm up, and then you'll have a chance to talk to them about their own love of pizzas and old trucks. 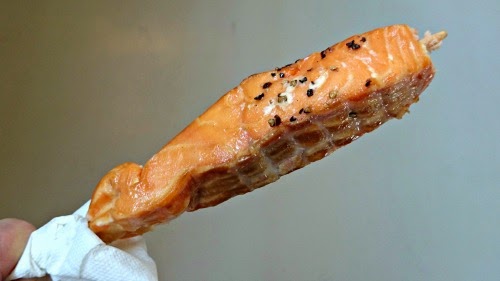 And if you're at the Maine building and you don't want to stand in a half-hour line for a baked potato, you can stop at Sebastian's Smoke House for a piece of delicious smoked salmon (it's almost as good as my own homemade.) Sebastian's also sells Cap'n Eli's Blueberry Pop, which tastes like real blueberries, not like that artificial (but still delicious) Blue Berry flavor. 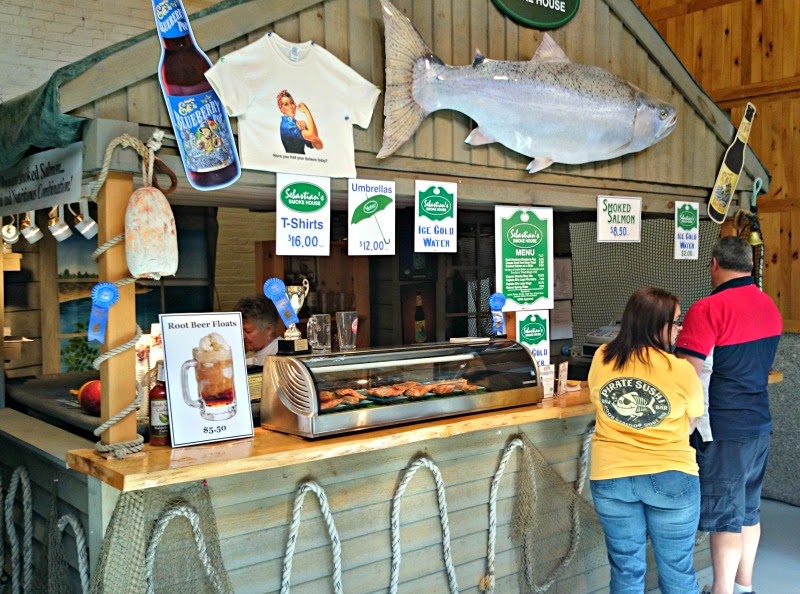 They've got Cap'n Eli's Root Beer there, too, and can make you a genuine root beer float if you've a hankering for one.

Other features of the Maine building include fresh wild blueberry pie, maple syrup and candy, lobster rolls (a great deal at $10.00) and a barbecue out back - across the patio from the pizza truck - serving wicked good pulled pork. And of course, there's that baked potato, which is pretty famous and will necessitate a wait in line.

Oh, that smoked salmon onna stick! It is one of my favorite reasons for going to the Big E.

If you ever find yourself in Millinocket, ME, I highly recommend the Millinocket House of Pizza. Best Greek-style pie I've ever had! Oh, God, I miss New England!

Great review...The Maine house is fun to be in as all of them. CT has a pizza truck like them. They became very popular over the last 6 or seven years now.